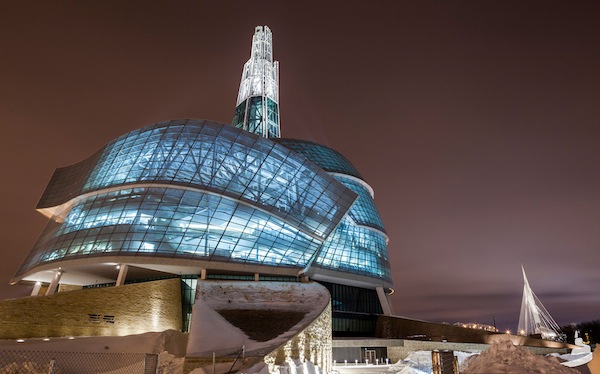 I had the opportunity to visit the Canadian Museum For Human Rights. While it might not make you laugh, it’s the perfect summer experience. In the summer, you have all day to spend at the museum, taking your time at each gallery. When you take the time, there is a lot to learn.

I learned a lot about the Holocaust.

The genocide that took eleven million lives during World War 2 was one of the deadliest genocides in history. The Holocaust took place in Nazi Germany and other German-occupied countries at the time. Jewish people, Soviet Prisoners of War, Serbians, disabled people, the Polish, homosexuals and Jehovah’s Witnesses were all persecuted under the regime. From 1941 to 1945 Jewish people were systematically murdered in what the Nazis called the “Final Solution to the Jewish Question.” About 42,500 facilities were used for slave labour, mass murder and other human rights abuses.

The Holocaust is an example of how the law can be used to take away a group of people’s human rights. I think it is extremely important that we continue to learn and reflect on the effects of the Holocaust so that history never repeats itself. The gallery at the CMHR contains a lot of interesting artifacts related to the Holocaust, including a prison uniform worn in an actual concentration camp. It was jarring to see the actual uniform, but it made the whole thing feel more real. Which I think is important.

Examining the Holocaust, the exhibit at the CMHR is not the only place you can learn more about genocides that have happened around the world. At the Breaking the Silence gallery, you can have an interactive look at other human rights violations, including the Armenian genocide, the Rwandan genocide, the Ukrainian Holodomor and more.

It’s sad that the museum has to have so many galleries, but it’s good that they do.

Let’s keep learning to prevent more human rights violations from happening in our own country and around the world.