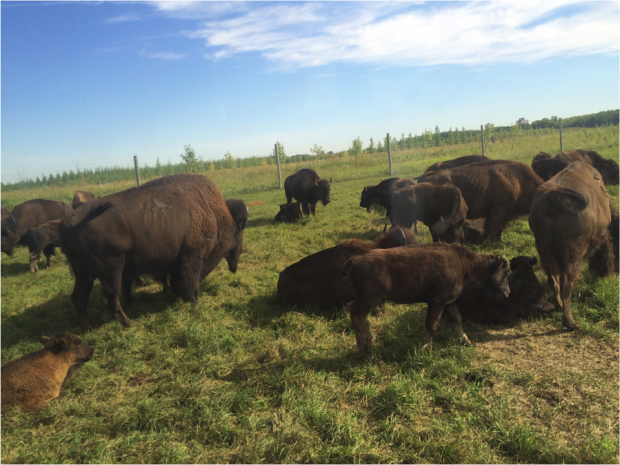 FortWhyte Alive – I Bet You Didn’t Know THIS About Bison

We went out to the Fort Whyte Alive Bisons Safari for a great morning adventure with some very cool Bison. We learned so many cool things about these awesome animals!

Did you know that in America, they’re called either buffalo or bison, but in Canada, they’re only bison?

The most interesting information thing our tour guide told us was that an average Bison can jump at 6 feet AND – while in the air –  spin 180 degrees!

She also told us that they are able to run at 30 km/hr consistently.

There are so many things in this world that you might not know or might not think of until someone tells you or until you experience it yourself. That’s the best thing about exploring Manitoba. It is a never-ending supply of interesting facts and cool experiences. You learn something new every time you step our your door.

So, get out there!