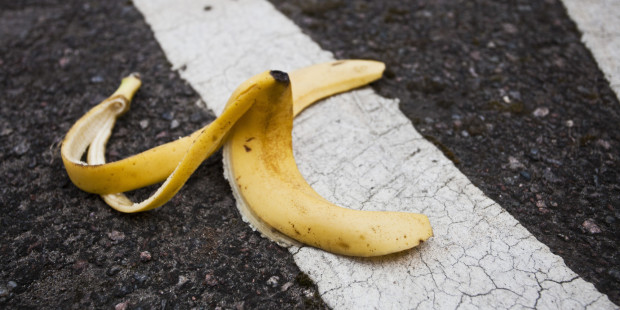 Fruit Flies Like A Banana is a fringe performance that combines many genres, such as dance, music and theatre.

It is a very fast-paced show that is deﬁnitely worth the trip to the Winnipeg Fringe Festival this year. If you don’t like ﬂies, do not worry, there are none in the show.

We didn’t know what to expect as we walked into the venue. Fruit Flies Like A Banana could have been a dramatic performance of a ﬂy trying to make it in the banana farming game. Or, it could have possibly been a tale about the struggle of fruits fighting for their right to board airplanes.

But instead, it was a series of multiple short performances that took us through a roller coaster of emotions. The performance started with a clock that began counting down from an hour. Then, three people ran onto the stage, explaining how the performance was going to go down. It was weird and cool for them to speak directly to us.

One of the three people would occasionally run into the audience and hold out a deck of cards for an audience member to pick. On these cards were the names of the various performances within the show. So, every time you see the show, it’s in a different order.

These types of quick performances must be very different for actors. One was just a quick song played on a toy piano by a guy who was being held upside down. Another was a audience-interaction performance in which everyone made a different vowel sound and tried to adjust their pitch to the people around them.

(That was us, basically.)

For most of the performances, the actors would play a song and dance at the same time. It was really cool to see them combine two different forms of art!

Fruit Flies Like a Banana was great. Would recommend. You’ve got to check out this and some other shows before the Winnipeg Fringe Festival wraps up on Sunday!