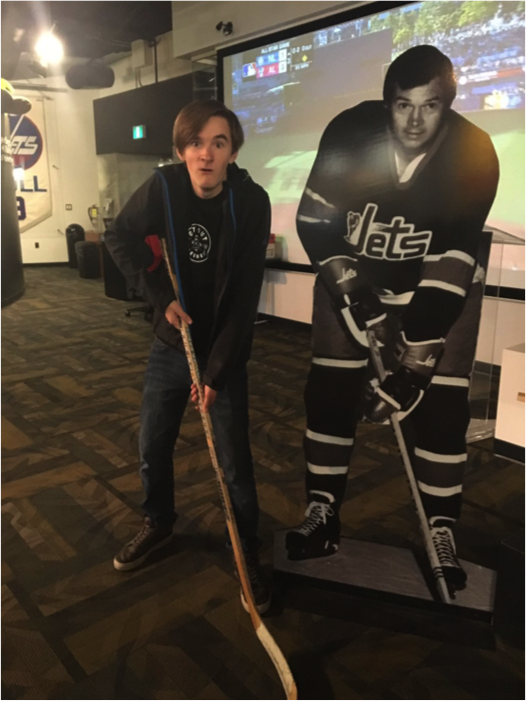 The Manitoba Sports Hall of Fame and Museum

The Manitoba Sports Hall of Fame and Museum is a way of preserving Manitoba’s rich sport history. The charitable organization is managed by volunteers and was first established in 1980 by the Manitoba Sports Federation.

The artifacts and photos on display at the museum tell an amazing historical story about sports in Manitoba.

Many exhibits focus on different stories from a number of different sports. The archives and artifacts help display how sports have changed in Manitoba over the years.

We had such a great time at the Manitoba Sports Hall of Fame and Museum.

It’s awesome. Knowing about our province’s history is important. The Museum has exhibits that show sports in the 1800s. It also has exhibits based on more recent and even future events, like Manitoba’s involvement in the upcoming summer Olympics.

There was a judge outfit from one of the past Olympic Games, and high diver clothes. There were videos of star athletes from Winnipeg, and an Xbox Kinect with sports games. We competed against each other. We celebrated when we won and threw heavy shade when we lost. We even dressed up like athletes and posed with the various cutouts they had.

This museum is awesome for anyone who’s interested in sports or sports history.

So, head down to the Manitoba Sports Hall of Fame to have fun and learn a few new things.

You will love it!