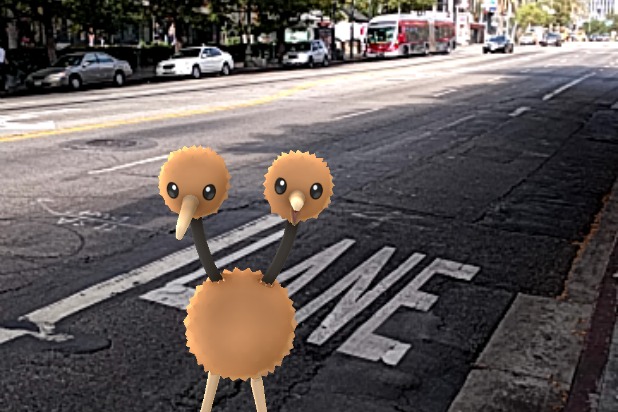 Get Out Of The Basement and Go Pokémon Go

For most teenagers and young adults, Pokémon was not just a game, but a lifestyle in their early years. Then, suddenly the ultimate nostalgia boost was released.

Pokemon Go has everything kids fell in love with back in the day. Funky little creatures and the thrill that only comes with catching them all. The new Pokémon Go app uses your phone’s camera and GPS to project the Pokemon into your actual surroundings. Maybe there’s a Pokémon in your backyard or at the park.

With a quick click on the Pokémon and a flick of a Poké ball, the Pokémon can be yours keep.

While scouring the ‘Peg for Pokemon, remember that they appear more often near large attractions, such as the forks or assinaboine park. So grab your bike, your phone, and your super-realistic Team Rocket costume. Go catch ’em all!

A Winnipegger’s guide to catching Pokémon in Pokémon Go!

The Forks is usually covered in Drowzees.

Assiniboine Park has a lot of rare Pokémon like Eevee.

Winnipeg’s suburbs have the basics, like Rattata, Pidgey, Weedle, and Caterpie.

Venture out at night to catch a Ghastly and, sometimes, even a Gengar.

The Exchange District is home to a few Squirtles as well as a Jynx or two.

Donald Street is a good place to look for a Porygon.

Cross one of Winnipeg’s bridges to find Tentacool, Slowpoke, and Horsea.