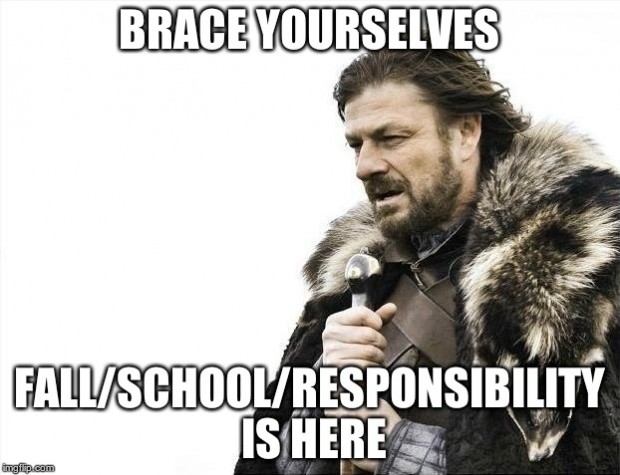 Summer’s almost over and it’s time to say goodbye to summer by using the hilarity of everyone’s favourite internet phenomenon: MEMES.

Hold your tears a few minutes longer, though, because I’m going to sum up GOOTB’s amazing summer with the help of a few old friends. Speaking of 800 followers, we know not everyone follows Get Out of the Basement. If you happen to be one of those lost souls who we weren’t able to reach, then you should be able to sympathize with Bad Luck Brian. Remember, there’s always next summer! Ah. Festivals. How great were they this year? From the Fringe Fest, to the Gimli Film Fest, to the Morden Corn and Apple Fest, Manitoba’s festivals took GOOTB all across our festive province. We visited 8 amazing and original festivals, leaving us in awe of what Manitoba has to offer and, well, a little confused, too: Sure, maybe you were planning on heading out away from Winnipeg this summer. But, if you had the summer that GOOTB had, you’d be unpacking your bags, ready to stay here all year every year forever. In two weeks, I am going to be starting university and I don’t even have a pencil case (let alone a pencil) to my name. Luckily, GOOTB journeyed to Staples to give you guys some ideas of what BOTH university students and high-schoolers should look for for their back to school shopping! We just hope that there will still be ‘fun binders’ left when you guys go! Before I started working at GOOTB, I used to say that there was nothing fun to do here. The Hermetic Code Tour, The Winnipeg Humane Society, Assiniboine Park, and many, many more amazing events and places delightfully proved me wrong. Fall is on its way here. So what? If you use that as an excuse to stay in your basement I won’t be angry, but I’ll be disappointed (Which, according to all parents, is much worse). There are so many things to do in Manitoba all year round. From Nuit Blanche, to the Sherbrook Street Festival, to the Corn Maze, fall has so many opportunities to get out of your basement. So, there you have it folks! The very last Meme Machine of 2015.